Chiang Rai, Thailand (CNN) – Members of a Thai youth soccer team and their coach, who spent more than two weeks trapped inside a flooded cave, have described their rescue as a miracle, thanked the experts who saved them and discussed how the experience will affect the rest of their lives.

In their first public remarks since their rescue last week, the boys recounted their side of an extraordinary story that captured the imagination of the world.

Dressed in matching team shirts, the boys and their coach appeared happy and relaxed as they faced the world’s media after being discharged from the hospital in Chiang Rai on Wednesday.

The boys, all members of the Wild Boars junior soccer team, introduced themselves to the media, shared their nicknames and told the audience what position they played on the team. 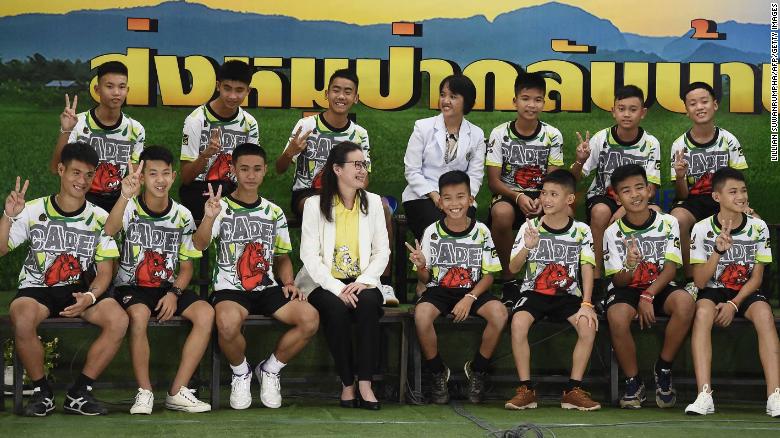 Members of the Wild Boars soccer team at the press conference.