Donald Trump won’t be too pleased about this

Back in March of last year, fake news site The Onion issued a stark warning to readers of Time magazine: “Brace for inevitable issue with close-up of Ted Cruz’s face.”

One Time subscriber was “quoted”as saying, “I don’t know whether it will be next week or 10 months from now, but I know that sooner or later I’ll open the mailbox and find that face staring at me.”

Well, it took just over 12 months, but The Onion nailed it.

A Ted Cruz close-up is on the cover of Time’s April edition with the caption, “Likeable Enough?” It marks the first time the presidential candidate made the cover. The story focuses on Cruz’s “plan to take the GOP nomination from Donald Trump,” but how “he must heal old wounds” first. 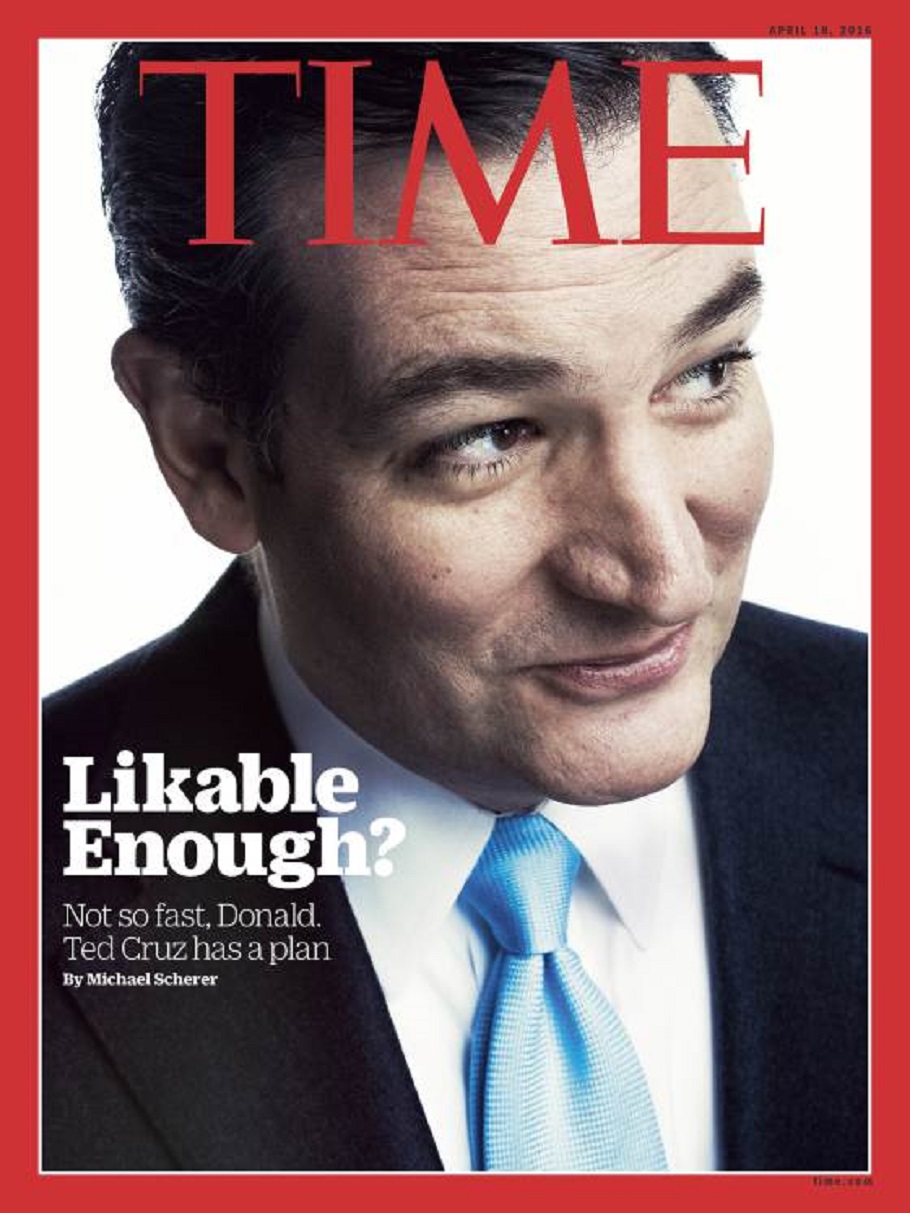